ACTUAL RETAILERS PRICE SELLING @ $298/- NOW MY BEST OFFER @ $250/- for FAST DEAL SORRY STRICTLY NO⛔️NEGOTIATING PLEASE 🙏 BRAND NEW FULL SET IN COUPLE BOX.. *AVAILABLE ONLY IN FEW SETS RIGHT NOW!! Special Features in LOV-19B-1DR The LOV-19B models were designed under the direction of Makoto Oozu, owner of a shop named TOKYO PiXEL. The base models are the square face DW-5600 and BGD-560. The faces of these models are decorated with an 8-bit dot pattern boundary and characters. Everything about these watches makes them vivid reminders of the 1990s. The bands are decorated with the 8-bit dot characters "XOXO," which stand for "hugs and kisses." Basic black coloring is accented by red and green Christmas hues. Pressing the light button of the G-SHOCK model causes the image of mistletoe and a devil to appear on the screen. On the BABY-G model, the image of mistletoe and an angel appears. These models come in a special package decorated with pixel graphics, making them suitable as gift items for that someone special. These special models are perfect for two people wishing to spend Christmas Eve together. * Available only in two matched watch sets. This set consists of the G-SHOCK and BABY-G. Makoto Oozu, TOKYO PiXEL. After leaving his job at a handicraft goods shop in 2008, Makoto Oozu became an independent cross stitch designer. He immediately started producing pop design works of outstanding appeal. Oozu's select shop and character collaboration activities in Japan and other countries have firmly established him in culture and art scenes that transcend the world of handicrafts. In 2016 Oozu opened his TOKYO PiXEL. flagship shop and gallery in Kuramae, Tokyo. Devil & Angel It is said that long ago, at the beginning of time, a powerful angel named Lucifer incurred the wrath of God who banished him and his minions to hell, where Lucifer became the Devil. The angels remaining in heaven came under the leadership of another powerful angel named Michael. Since then, the relationship between angels and devils has been one of good and evil, light and dark, love and hate. The strong attraction between these opposing forces has also made them the symbol of lovers, who resist separation regardless of the forces working to keep them apart. 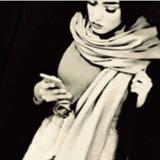